P3 refers to public-private partnerhsips, and is used to describe situations in which state and local governments team with the private sector to tackle infrastruture projects such as bridges, toll roads or even airports.

Q. So a P3 is a “public-private partnership” generally, but for investors why do they matter?
A. P3s are creating some very interesting investment opportunities in infrastructure The World Economic Forum ranks the US 24th in the world for overall infrastructure quality. But of course, with the fundamental tax and budget issues all state and local governments face, private investment has to be part of the mix… and, because they’re usually paid for by user fees that can increase with inflation, these can be interesting long term investments.

Q. So what forms, exactly, do these things take?
A. Agreements between public and private entities take many shapes and sizes for both new (greenfield) and existing (brownfield) projects. At one end of the spectrum is a management or service contract whereby a private company is paid a fee for a service. At the other end is full privatization or divestiture when a government sells assets to a company.

Q. So can you give some examples?
A. From toll collection, like EZ pass, right through to totally private toll roads.
They really cover a huge range of things, from bridge projects like the Tappan Zee, to a new airport project in Puerto Rico. Carlyle recently invested in the upgrade of the Connecticut rest stops.

Q. And specifically, who’s doing the investing?
A. The naturals are pension plans: they have the long term investing horizons, the capital, and there’s an obvious policy fit. But and sovereign wealth funds are big players, too, and so are lots of private equity firms. Even some mutual funds that specialize in infrastructure more generally might be players in some of these deals.

Q. So why haven’t there been more of them? What’s holding all this back?
A. The usual, depressing answer: politics. But here’s where some states and municipalities will do a better job than others: Ohio, Virginia, Texas, Georgia, California, and Florida, and they are particularly interested in toll roads, parking facilities, and bridges. Their citizens will benefit. Gonna be a little sovereign Darwinism over the next couple of decades. 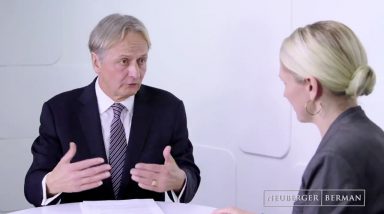